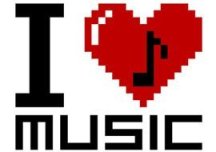 Since the Grammy’s were last night I was feeling musical and honestly, there’s not a better way to reflect on a year of your life than listening to your music playlists. One of the beauties of using the streaming music client Spotify is the ability to do just that, and I want to share with you a few of my favorite songs I listened to (a LOT) in 2013. Now, they aren’t ALL from 2013, mind you, (there are a few songs from the 60’s and 70’s on here, just because I have rediscovered them and listened to them 2 million times this year). The list below includes songs I really liked this year, for some inexplicable reason or another.

Shall we begin?  In no particular order… (links go to Youtube)