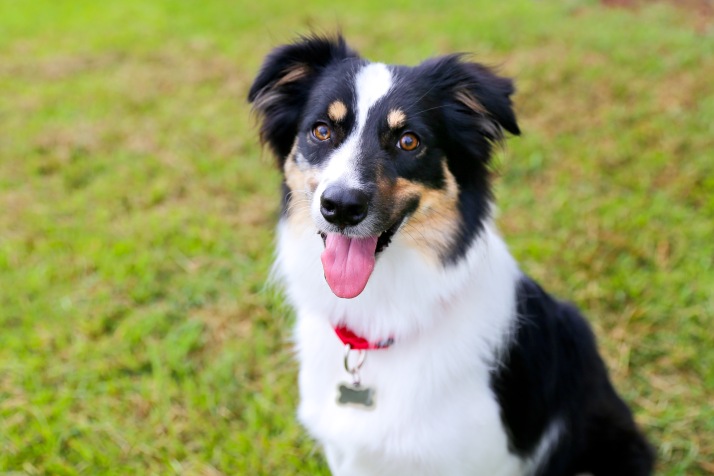 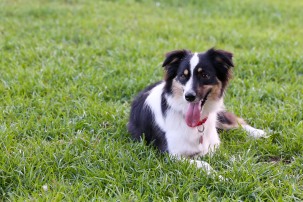 Duncan is our “middle” pup, and he has a very typical Aussie way about him, as he is extremely protective and alert. He is special, however, because Duncan came to us from a very unfortunate situation. He was rescued from a Georgia shelter by New Spirit 4 Aussie as a very defeated 8 month old puppy. His foster Mom said she had to pry him out from under her seat when she took him home. We’re not really sure what happened to Duncan before he entered our lives, but it’s not a difficult assumption to make that he suffered from abuse at some point in his life. Duncan’s foster Mom knew that he would have to go to somewhere special, because he would require a lot of patience and kindness. After he came to live with us, we pulled him out from under the bed, pried him out from behind the couch, and kept him close to us. We learned not to let a fearful dog hide, as he will only continue to do so. So we loved him, played with him, cuddled with him, and let him start sleeping in the room with us. He’s still wary of strangers and it takes a while for him to trust people, but he has made tremendous progress. Duncan is one of the sweetest dogs, he loves belly rubs and giving kisses. His nickname is “good boy” and comes immediately if you say it. At night he chooses not to sleep on the bed, but instead, he lays on the floor, directly in view of the door. He’s our protector.